This is your view from the master bedroom.

Beautiful views of historic Main Street and Ten Mile Range peaks 6, 7, 8, 9 and 10 from the master bedroom.

Best restaurants and shops in Breckenridge are a short walk away. Gondola is conveniently accessible.

Breck Create Arts District is mere steps from your door.

Eventful Riverwalk Center and grounds on the Blue River are right across Main Street. 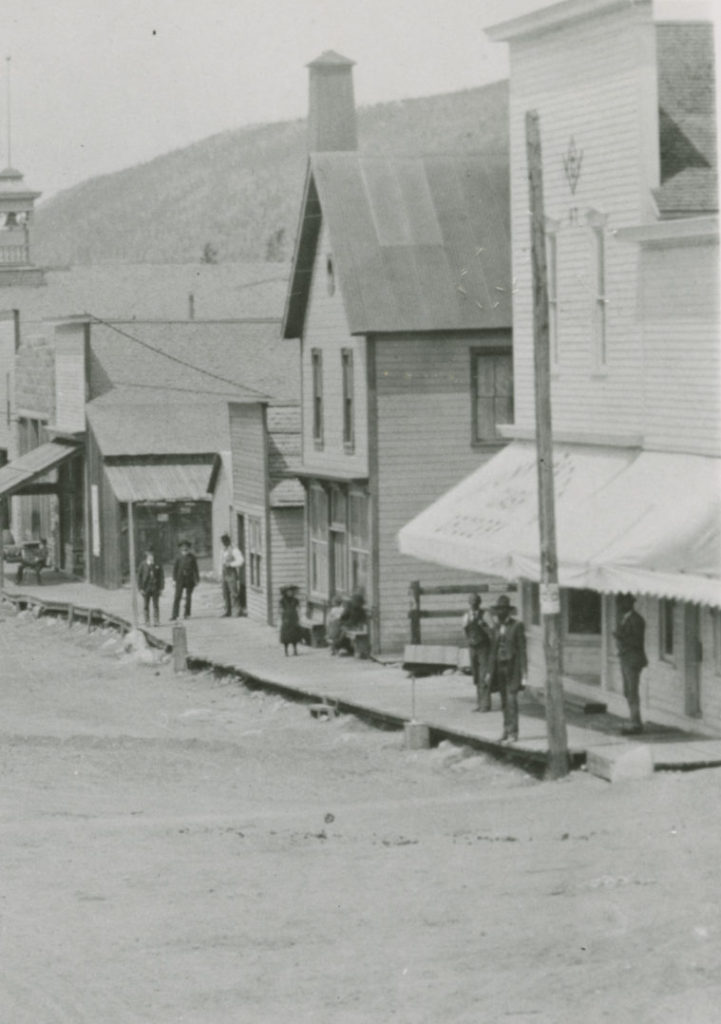 Arcade House is located at the upper floor of the Victorian-era building known as the “Whitehead Building”, built in 1892 as a hotel or boardinghouse for miners. The building is historically significant – under the National Register of Historic Places – because it is a tangible link to the Town of Breckenridge’s early days as an important mining community during the late 1800s and early 1900s.

The building is architecturally significant for its representative vernacular, wood-frame, front-gabled plan, and it is a contributing resource within the Breckenridge Historic District. It displays a high level of integrity relative to the seven aspects of integrity defined by the National Park Service and the Colorado Historical Society – location, setting, design, workmanship, materials, feeling and association. There have been no additions and no notable exterior alterations to the building following the period of significance.

Harry and Jennie Whitehead came to Breckenridge in 1880, and Harry soon found work as a carpenter and a miner. Harry constructed this building in 1892 as the Arcade Hotel. The hotel venture was short-lived but it prepared Jennie for her next foray into the boardinghouse business.

Jennie began sharing her home with boarders, and in 1902 she opened the Arcade Restaurant downstairs to hungry miners. Prior to the restaurant she began leasing office space upstairs. The offices were leased to Dr. C. H. Scott in 1899, to Dr. Osborne in 1905 and to Attorney Frank Goddard in 1907. Jennie Whitehead eventually earned renown as Breckenridge’s “keeper of popular and homelike boardinghouses”.

After Jennie died of pneumonia in 1904, Harry Whitehead left Breckenridge. Summit County acquired the property in 1913 to provide housing for widows. Florence Tressler resided here for many years under the “Widow Fund” program. The building was remodeled in 1970 as a restaurant known as “The Prospector”. The building was acquired again in 2008 and renovated.

Walking distance to the Gondola to reach peaks 7 and 8 bases, or take the free shuttle.

Free parking for two vehicles or one longer RV on premises.

Plenty of secure storage space for your outdoor sporting equipment.

You will love this one-of-a-kind property in Breck.